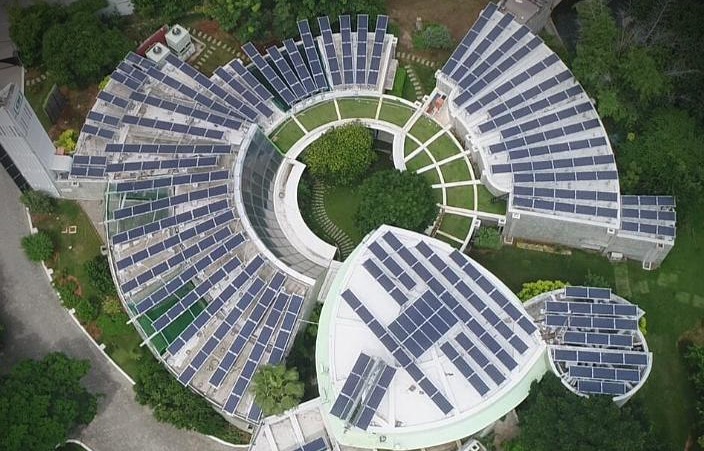 The GCGC foundation is a registered NGO from Vadodara Gujarat which has been taking up projects to implement Green Technologies to increase environmental sustainability in the way of life and help provide knowledge and activities to combat environment-caused issues.

They have been operating in Vadodara and Pune (via Bloom foundation) to affect numerous lives. GGCGC believes in healthy and sustainable living for all and thus, focuses on providing solutions to the root cause of the issues. We implement efficient solutions in a contemporary way for maximum efficiency.

Our solution uses IR Reflective technology which reflects the heat-generating IR (Infrared) component from suns rays off the metal roofs of the Indian Slums, which otherwise would have penetrated in the small, congested slum houses and gotten trapped making it non-viable for Slum Dwellers to live in the less ventilated households during peak summers when indoor temperatures could reach as high as 50 Degrees and Surface temperatures of metal roofs up to 75 Degree celsius.

The paint is a special 3 layered heat-reflective chemical coating that reduces the surface temperature of the sheds by 20 to 30 degrees.

By reflecting the heat, we provide a massively cheap alternative to a rather expensive affair of installing exhausts, air conditioners (which further contribute to CFC emissions thus, bad for the environment) or other methods of reducing heat levels in a slum. When we reduce the issue of heat-trapping, a lot of benefits proceed the Cooler and Greener environment conditions.

What specific problem are we trying to solve?

Once the heat is trapped it becomes difficult for it to escape during the daytime and thus, keeping the house extremely hot during the day and even during the night. This causes serious health effects. Children, due to the intense heat, face rashes and skin burns along with other issues like indigestion and loss of appetite, thereby making them even more malnourished, weak and ill. Some elders even suffer from strokes and/ or dehydration. They have to sleep outside their houses in peak summers as the temperature IN their house is much higher than that OUTSIDE. More impending effects are observed in heat trapped houses like an increase of aggression indicated by rising domestic violence cases, and other abuses etc.

Some real-life testimonials from the Newyork Times verify this fact about heat stress in India:

“Only by 4 a.m., when it cools down, can we sleep,” a woman named Kamal told him. Her husband, day labourer, suffered heatstroke this year, missed a week’s work and a week’s pay.

Furthermore, According to a Report by C40, Today, around 200 million city-dwellers in over 350 cities live with summer temperature highs of over 35°C (95°F). Even at this level of exposure, heatwaves are the deadliest of all climate risks. By 2050 around 970 cities will be at least this hot, with much higher exposure in Asia, Africa and North America.

Our beneficiaries could be all the low-income families in the tropical and sub-tropical regions where temperatures reach extremely high points and even in those temperatures they do not have sufficient resources to protect themselves from getting heat trapped in their own houses. These beneficiaries would have houses – temporary or semi-temporary – which have metal roofs (The cheapest durable alternative for all seasons).

Furthermore, as a representation of the general trend of slums, 95% of the slum houses have low heightened metal rooftops and during summer, the tin/metal rooftop attracts too much heat (even up to 80 degrees centigrade) and transferring the same heat into the closed and compact house, acts just like a furnace.

Furthermore, summers in these hot regions similar to the state of Gujarat, India, carry on for not only for 3 but for 5 to 6 months in a year.

Over 70% of the slums in India have no electricity or limited electricity. Having no fan or exhaust fan in the houses results in the suffocation of the people living inside. During the lock-down, people are forced to stay inside with unbearable suffocating heat that causes heat strokes, heat cramps, increased domestic abuse, animal attacks among the discomfort.

This problem had only intensified during the lockdowns but is a continuous phenomenon and a problem of grave concern during normal summers as well. So, if the problem is treated, it stays in action for years to come.

We had led a team to raise funds for the pilot implementation of this project and we have implemented it successfully in the Channi area of my city- Vadodara in Gujarat, India. 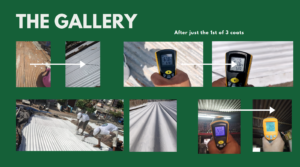 Any individual from consultation fraternity to execution contractors can participate in such a program.

DSA (Direct selling Agent) partnership program provides opportunities to become entrepreneur in COOL ROOFING industries to each and every individual who wants to make their career as freelancers. 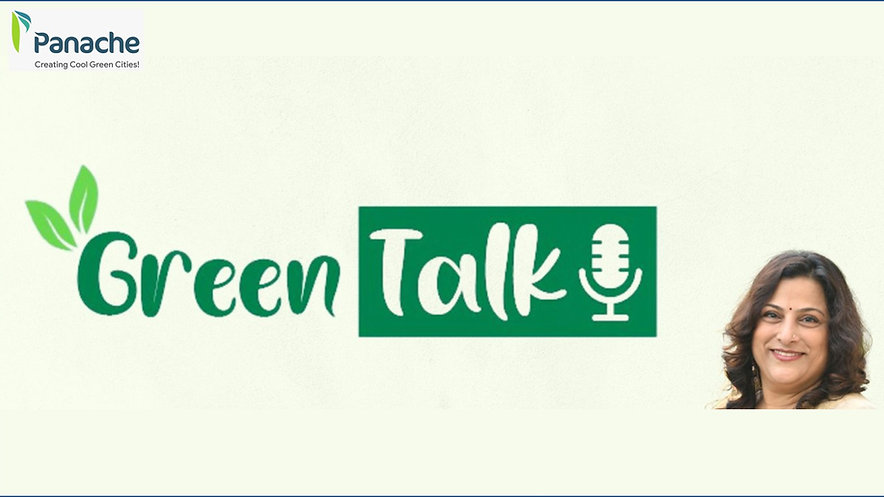 Check out all our videos on GreenTalk here.

We are associated with the leading organizations in India and abroad and are in constant engagement with them to further their efforts on environmental sustainability for our planet.

I really appreciate Neetu ma’am and the panache Team for giving us a perfect solution to the heat related problems we experienced.

Before the application of cool tops, the temperature level on the store was 52 ° C, but after the application of Cool tops there seemed a reduction in surface temperature by 4 ° C, the temperature in the area where I sit was 40 °C which has reduced to 37 °C, there is a substantial difference in the ambient temperature, Since last 4-5 months I’m not reducing the temperature of my AC below 28 , Even at 28 I couldn’t keep it for long as the room becomes cooler so I keep for few minutes and turn it off . I really appreciate Neetu ma’am and the panache Team for giving us a perfect solution to the heat related problems we experienced. 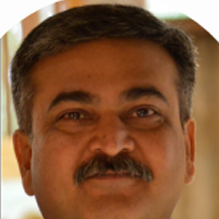 This was an old shed so we had a direct roofing installed, no Insulation. We were very much clear after the discussion with Panache team that we should go for cool Tops coating instead insulation so the result is you can see the smiling faces of our team after applying the coating system from panache #GoGreenwithCoolTops 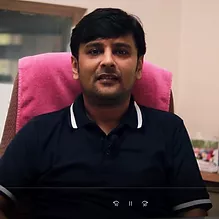 We took the temperature measurement of outside and inside premises. We noticed a good amount like you can say minimum 6 to 8 Deg C temperature difference.

Looking at the Indian climatic condition during summers, where the temperatures were going too high and whenever it goes up to the peak level, the temperature in the factory shop floor rises affecting the efficiency of the workers. We had a thought in our mind that is there any way to control the temperature, then we came across the Panache company and got in touch with them, after explaining them our problem they came to visit our factory. The team is very committed and technically competent to give us the exact solution for the temperature reduction at the factory. We noticed minimum 6 to 8 °C temperature difference. Thereafter, we received positive feedback from the workers so we decided to go ahead with another project in our office premises. As far as execution is concerned, Panache are experts in this domain. They even contacted us after completion of our installation and ensured that we were satisfied with the workmanship. If someone really wishes to reduce temperature in their premises, I would highly recommend Cool Tops coating from panache – I wish them best of luck for their future projects! 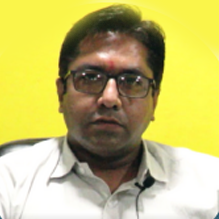 Their prices and services are definitely worth the solution given & treatment done with complete transparency.

I have hired Panache services for the waterproofing & Cooling Treatment on one of the roofs of Parul University premises. Their prices and services are definitely worth the solution given & treatment done with complete transparency. I can definitely recommend them to organizations & people looking for thermal comfort along with waterproofing solutions also. 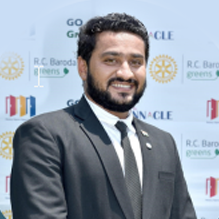 Totally satisfied by the service received.

I am very impressed by their work on how they provide customized solutions for every problem we have & every task they take up. 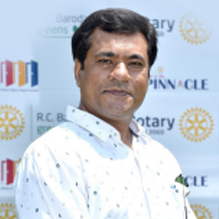 In one of our projects, we had a requirement where AC was not viable and people working under that premises were very much disturbed. To solve that problem, we have consulted Panache for the solution. Panache has provided the full proof solution and after the completion of the Cool Tops Installation, we were much relieved. The indoor temperature has decreased to almost 5 degrees. I could say Cool Tops provide Cool buildings without AC. 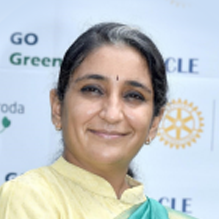 The experience for the quality of products with consistency is very appreciable.

I am an engineer & contractor taking turnkey projects. We have used Panache’s various waterproofing products & I recommend Panache's Cool Tops, the special 5 coat system which gives thermal comfort with sustainable performance. The experience for the quality of products with consistency is very appreciable. 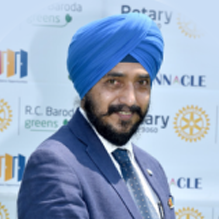 I really appreciate their efforts for perfection & sound knowledge of the technology.

We have met the Panache Team from one of our friend’s references who have already taken the services. I must say, they are very professional in what they do. I really appreciate their efforts for perfection & sound knowledge of the technology. 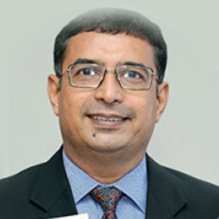 A Cool Roof coatings consists of a binder (usually an organic compound or silicone compound) blended with pigments and other additives to provide two main benefits: protection of roof membranes for longer roof life cycles; and reflectivity of solar radiation, for lower air conditioning costs.

The main components of most Cool Roof coatings are the binder, pigment, water and reflective pigments. Water serves as a liquid carrier, which provides viscosity, allowing the pigment and binder to be spread on the roof as a thin coating. The majority of white coatings in use today are water-based coatings

An energy efficient , white, reflective, elastomeric coating manufactured by Panache can reflect up to 92% of visible light, keeping the roof surface much cooler than with aluminum, black, or non-reflective roofing materials. Lower temperatures mean less energy usage, and translate to money saved. Elastomeric roof coatings protect the roof substrate adding years to your roof, plus saves against costly tear-offs and re-roofing. 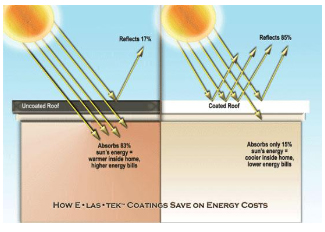